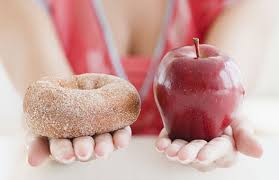 Impulsiveness has been the blueprint of my life decisions since I can remember. I reckon that a biological influence has much to do with not having the ability to delay gratification in an ongoing battle involving conflicting outcomes. Several years ago, after coming to terms with the fact that I was overweight and miserable because of it, the idea to do something productive about it was refreshing. It proved to be one of the most difficult tasks that I chose to face. In light, being overweight for me equated to an indefinite life of being without a mate and worst, an unattractive waste of human life. Because of my internal realities, my motivation included a sexy sense of confidence, an opportunity at love and a new lease on life. A healthy body, mind and spirit had the slightest influence. On the contrary, I often obsessed with an ongoing mental visual of walking down the aisle with ripped abs and buns of steel. Of course these goals changed over time, thankfully.

Upon agreeing to meet with a personal trainer at a local gym, the realization of the commitment to a life altering behavior pattern was necessary. In essence, I could choose the easiest and most comfortable route; being the impulsive interest to binge on unhealthy food items that brought immediate satisfaction in small doses. Or I could choose the larger, later reward, which consisted of a healthy, fit body, confidence and essentially love (I crossed my fingers the entire way, not certain of the true ending). This would require some serious non-impulsiveness, and stead fast alternatives to achieve this way of life. But I was committed, at least to the idea of change.

What I found in experiencing a self-management program is that I had to control the food that I was consuming and be active in an exercise regimen. While this required shopping for food while not hungry, as to not be tempted to purchase fattening items, it would benefit to refrain from bringing unhealthy food home, so that I would not be tempted to eat it all the same. I found it helpful to buy and consume fat /sugar free items such as diet soda, sparkling water and baked all foods instead of frying it. In the delay of gratification in consuming fatty food that satisfied my immediate sense of pleasure and with working a strenuous and healthy work out plan, this assisted in the attainment of a much larger later reward that I aimed for.

Although it took time to reach my fullest potential in my weight loss excursion, I noticed that I became much less impulsive as I grew older. The more experience that I had with responding for delayed rewards allowed me to see results if I waited long enough and maintained responding for a distant goal by setting up an explicit sense of sub-goals. This provided a form of secondary reinforcement that helped maintain progress toward a larger later reward.   In order to maximize the possibility of resisting temptation, I surrounded my environment with a plentiful supply of reinforcement. The gym environment was to reinforce my behavior of working my plan of healthy weight loss, since my trainer and those around me often gave me compliments on my progress and how they admired my enthusiasm and persistence. I had convinced my trainer so, that I was offered additional training session free of charge for meeting sub-goals. If that is not reinforcement, I can’t imagine what is!

An early commitment (to weight loss) and the actions carried out (eating right and exercising) greatly reduced the value of future temptation. Other factors that played a role in reaching my ultimate goal was age, experience with responding for delayed rewards, the presence of other sources of reinforcement and the attainment of sub-goals relating to the larger later reward greatly enhanced the ability to reach my goal of weight loss both physically and emotionally. I did settle down and finally recognized the love that had always been there rooting me on the entire time. I just hadn’t noticed it, from being tirelessly consumed with the idea of being overweight and miserable because of it.